It was summer time, most likely 1987. I was 10. Two older kids were having a garage sale down the street selling their entire GI Joe collections. Between the two of them they had everything but the the USS Flagg. So many toys lay out before my eyes like a two page spread in a Christmas Catalog.

I was late getting into GI Joe. When the toy line was at the height of its popularity my world still revolved around He-Man. Realistic tanks couldn’t compete with magical castles. I liked the cartoon but there were so many great cartoons those days. A Golden Age.

I had looked once or twice in the stores for my favorite GI Joe but couldn’t find him. The pegs were a sea of olive drab and beige that seemed to have every Joe but him. But there in that drive way was the one action figure that eluded me.

“Duke!” I exclaimed. He was mine at last.

They said I could pick out a rifle from a box of loose accessories. I had enough allowance money on me to buy him and a small vehicle. It was missing its rockets but I didn’t care. Later, I came back with my mom to get more figures.

GI Joe quickly became my preferred toy line. I was facinated with the detailed little soldiers that could be carried anywhere. One Joe was great, two were even better. Each additional figure would unlock new scenarios and playtime possibilities in his comrades. When my garage sale Joes wore out from endless battles I would supplement my forces with new figures and vehicles from the store. 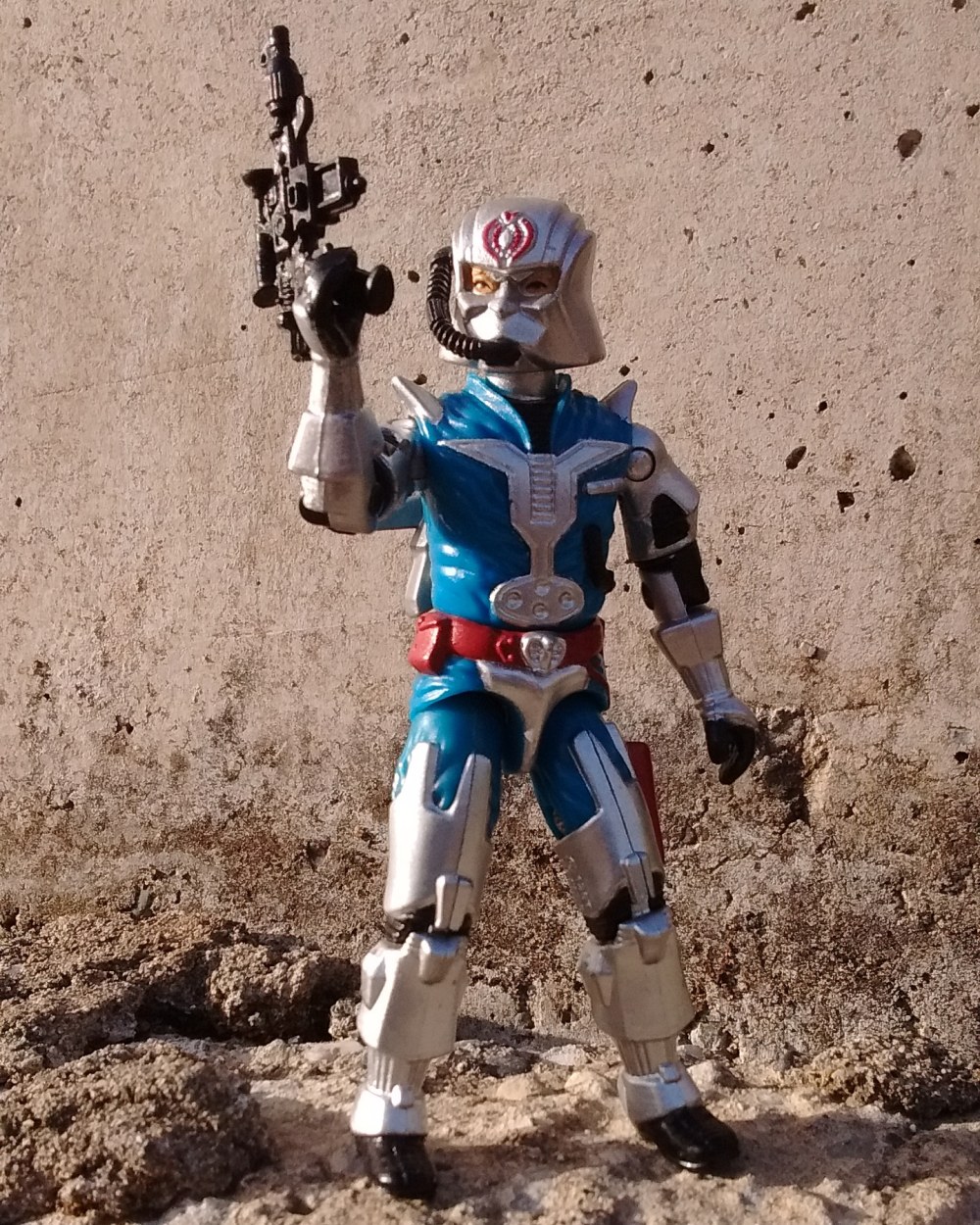 Adult Collectors tend to favor particular years and GI Joe is no exception. The brand has been around since the 1960s  and the Real American Hero line from my childhood lasted an astounding 12 years– so long that the first wave of toys looked very different from the last.

Every year the designers pushed the boundaries of what a “Modern Army Action Figure” could be. Many collectors prefer the conservatism of the early years when each toy had an equivalent in the real world. Younger collectors who grew up with the later toys tend to be more open to the bright colors and outlandish sci fi elements that came to dominate the line. 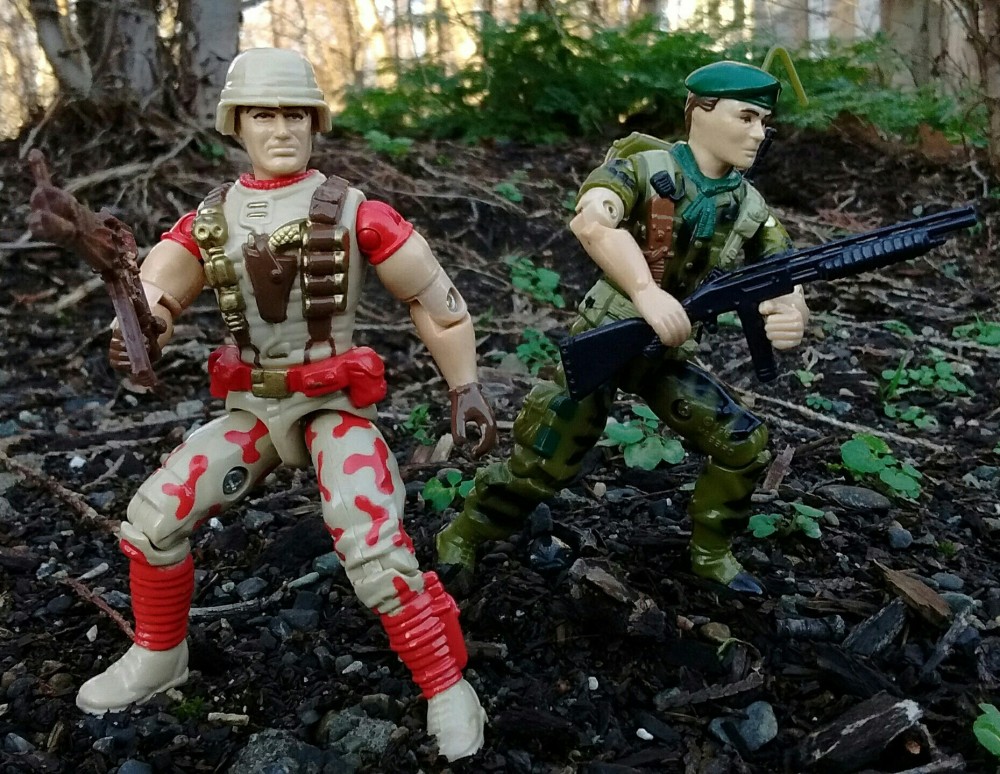 Though I started with older Joes I continued to collect until the line ended in 1994. By then I was in high school and keenly aware of the social consequences for “playing with toys” at my age. I stalked the toy aisles with the stealthiness of a ninja commando.

I think because I had first hand experience with both the early toys and the final figures that my personal nostalgia is more inclusive. To me GI Joe could be almost anything. I love the wild adventure of the cartoon and the more serious story-telling of the comic book. I like the potential for soldiers in fatigues to strap on jet packs and fight bug-eyed monsters from outer space. To me that is GI Joe. What is it for you? Please comment and let me know. 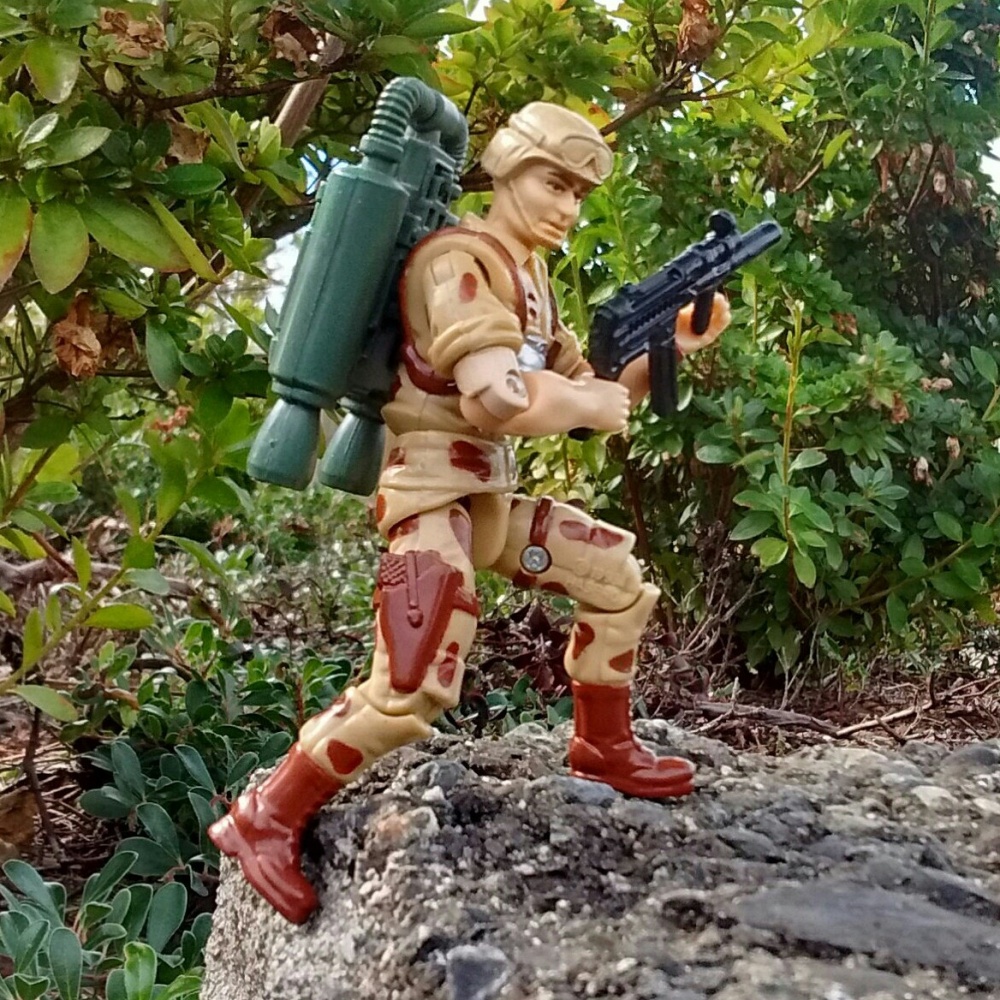 It might seem silly for a grown man to spend his free time writing a blog about old playthings. Honestly, I have other interests and could have picked a different topic. So why toys?

One reason was to avoid doing much research. I already know a lot about the subject after a lifetime of filling my head with useless information.

Another reason was that I wanted to avoid alienating people. I feel like I can’t write on the internet about history, politics, science, or anything really important without instantly turning some readers away. I don’t like to argue and I believe that the world is already divided enough. So I tried to find something that many folks can relate to despite our differences.

Fortunately we were all once children, and kids around the world tend to like similar stuff. When I was a kid the same toys were sold in other countries and popular cartoons were broadcast in different languages. Decades later many people still have good memories associated with these things. If all we have in common are the silly things we grew up with then maybe they are worth writing about afterall.

In the Harry Potter books there are enchanted objets called portkeys. They look like small pieces of junk like empty tin cans or old worn-out boots. They are easy to miss and Muggles almost never notice them. But each one can instantly transport a person to another place. Toys have always been like that for me.

It didn’t matter if I owned them or merely gazed at them in the store or looked at their pictures in catalogs. They could take me out of my everyday world and bring me to a place of safe thrills and adventures. I never out-grew them because they never lost that magical quality for me.

When my life got too busy for play I became a collector. I remembered the power of play even though I no longer practiced it. I think I rediscovered the full potential of toys when I became a father and began to play with my children.

Not everyone needs to be a parent but it saddens me when I encounter toy collectors who don’t seem to like kids. While adults can appreciate the history and artistry of a quality toy, I think only a child can unlock its true potential to create new worlds and tell stories nobody has ever heard before. As I share my collection with my children they have become my teachers.